All about transparent proxy! A transparent proxy can be used for various reasons, such as content filtering in schools and libraries, and as it does not need any configuration on the client side, it can be an easy-to-maintain alternative to other proxy types.

Software like Squid can make it relatively easy to set up a free transparent proxy server that you control. But unlike with other proxy services or VPNs, you do not necessarily need to download an app or program to use a transparent proxy. Instead, it depends on how your network is configured.

In places where Internet speed is scarce, a transparent proxy allows for increased efficiency of the limited bandwidth. It’s especially useful if a large group of people is expected to open the same page, such as the front page of a popular newspaper or a video. The content can be cached by the proxy and served from the cache to the user, instead of having to be downloaded multiple times over a congested connection.

A Proxy Gives the Ability to Censor and Monitor

Transparent Proxies have the ability to selectively censor and monitor your traffic, although Internet Service Providers and Network administrators have many other ways to easily to this.

However, when your connection to a website is encrypted with HTTPS, or you are on a VPN, the proxy is unable to read the data transmitted to and from you. The traffic cannot be monitored, and the proxy loses its ability to cache the content you are requesting.

Because Transparent Proxies are created and administered by those already in charge of the network, they are usually not used to circumvent censorship. It is possible however to set up such a proxy to unblock content for users, similar to running a VPN on your router.

A Transparent Proxy can be used to selectively restrict access to the Internet. This is commonly used in hotels and public Wi-Fi spots, where users are asked to confirm Terms and Conditions, enter a phone number, or add other identifying information before they are given access to the Internet. Most of these Wi-Fi spots are unencrypted, or perhaps encrypted with outdated technology. And in addition to being monitored by the proxy, the user is at risk of having traffic monitored and intercepted by anybody nearby.

Your mobile phone will usually display a lock next to Wi-Fi networks that offer encryption.

If poorly implemented, the caching and redirection of web traffic can cause problems with Internet connections, particularly when authentication is involved, as a computer might not realize it is not talking directly to a server. 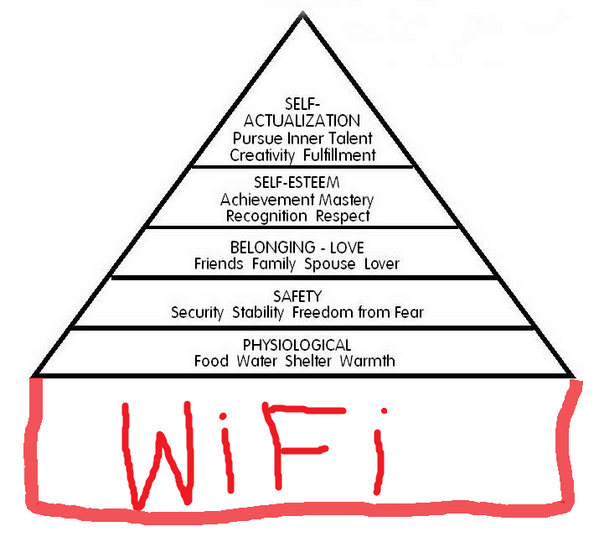 A Proxy Can Function Both Ways

A transparent proxy is sometimes not just run on the user side, but also on the servers. This often has the purpose of protecting websites against DDoS attacks, or to increase the capacity of the server, for example when serving large files or videos to many users.

Content Delivery Networks use the caching capability of a transparent proxy to faster serve the contents of a website to users, by storing copies of it across the world. When you request a video from a site using such a service, you are likely being served the video from a proxy server near your location, rather than the original server.

This is not particularly problematic, although Content Delivery Networks have been criticized for being in a position to potentially spy on the users of their customers.

How to Detect If You Are Behind a Proxy

Depending on their configuration, detecting some proxy servers is easy, though others are more hidden and are difficult to spot.

A good way to check is to attempt a connection to a server that you know does not exist. Your browser will commonly throw a recognizable error when the connection fails. But if you are behind a proxy this error might be different, or instead, you might be redirected to a search page.

Some sites do allow you to check if you are behind a proxy or not, though with varying reliability.

« Previous post
TunnelBear Review: Is it Safe and Should You Buy?
Next post »
Can a VPN Protect You Against Computer Viruses?